BOERNE — More than 70 people from throughout South Central Texas attended the Texas A&M AgriLife Extension Service and Don Strange of Texas, Inc. program "Preserving and Serving the Harvest" at the Don Strange Ranch in Boerne.

The program included demonstrations on food preparation and preservation basics by AgriLife Extension instructors and others, plus a menu of locally produced foods from executive chef Susan Johnson and her staff at the ranch.

The morning menu included buttermilk biscuits with specialty jams and jellies. The lunch menu included Reuben sandwiches with corned beef, pickled vegetables, potato salad and sauerkraut. During lunch, Johnson explained how each menu item was made at the ranch.

"This was one of the Backyard Basics programs being piloted by AgriLife Extension in several South Central Texas counties to provide information and hands-on instruction relating to the benefits of home food production, preparation and preservation," said Dr. Connie Sheppard, AgriLife Extension agent for family and consumer sciences in Bexar County, one of the program's coordinators.

During the day, AgriLife Extension personnel from Atascosa, Bexar, Comal, Guadalupe, Kendall and Wilson counties presented hands-on demonstrations at several indoor and outdoor sites at the ranch. They gave instruction on bread making, cheese making, drying foods, freezing fruits and vegetables and pressure canning. Additionally, members of the San Antonio Herb Market Association demonstrated how to grow herbs in a home garden and how to use fresh herbs in recipes.

Arias said the interest in canning, pickling and preserving homegrown and homemade foods is a good way for consumers to stretch food dollars and have greater control over the ingredients and preparation of their food.

"At Don Strange of Texas, we believe in serving fresh and wholesome foods," said Arias. "This program fits well with our desire to provide consumers the best tasting and most nutritious foods possible."

She added that she was glad to have had the opportunity to present a "community" program at the ranch as the facility is normally used for private parties.
Program attendees came from a multi-county area of South Central Texas. While most were from Boerne and San Antonio, others came from Canyon Lake, Corpus Christi, Dale, Hondo, George West, Ingram, Kerrville, Rockport and other towns.

"My wife and I have two young girls and we're here because we're interested in knowing more about what goes into the foods we eat and how to make better, healthier foods for our family," said Lance Lira of Boerne. "We want our daughters to learn how to make good, healthy foods so they can later share that information with their own children."

Sue Huggles of San Antonio, who grew up on a farm in Iowa, said she learned about the program while visiting the AgriLife Extension displays at the San Antonio Stock Show and Rodeo in February.

"I found out about the program while I was buying this year's rodeo tomato at the Bexar County Master Gardeners booth and visiting the AgriLife Extension kitchen at the pavilion," she said. "I came here today to see the different canning and preservation methods to find out which were the best and safest. I also wanted to see if I could get some new recipes and ideas."

Huggles said the Backyard Basics program at the ranch reminded her of her farm days in Iowa.

"We used to do a lot of this sort of thing on the farm, but now it's becoming a lost art," she said. "I'm glad to see there are still programs that show people how to make and preserve their own food."

This program and other Backyard Basics programs offered by AgriLife Extension serve to help address consumer concerns about where and how their food is produced and prepared, Sheppard said.

"Our Backyard Basics series has been designed in response to the resurgence of interest in home-based food production, such as growing vegetables and fruits or raising hens for fresh meat and eggs," she said. "The focus of the series is self-reliance and healthier living through homemade and homegrown foods."

Sheppard said additional Backyard Basics programs will be held throughout 2013. More information on upcoming programs can be found at http://backyardbasics.tamu.edu. 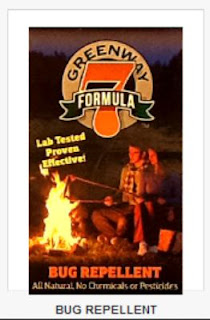