Zennoa has come out with its second product: SRQ.

While the first product, Core Care, boosted cell wall health with Omegas, SRQ works inside the cell to give more energy, assist in weight loss and anti-aging. 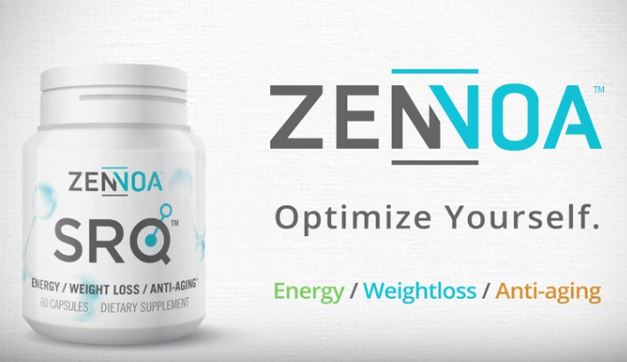 A new video about SRQ tells about three different people.

Sarah is a businesswoman and mother. SRQ has salacia reticulata which allows Sarah to concentrate longer, have healthy sugar absorption and steady energy without a crash.

Joe is a runner and is preparing for a marathon. SRQ has amino acids which stimulate his metabolism, fight oxidation, and recover faster from hard workouts. He runs further and harder.

Yuko is older and her body doesn't produce as much Co-Q10 as it used to. SRQ has the enzyme Co-Q10 which has antioxidant properties, provides healthy heart function, and reduces the appearance of aging.

I've been taking SRQ for over a week.  I find I have more energy. I don't nod off in the afternoon like I used to. Also, my appetite has decreased.  I just don't feel like eating as much. And I find I can say "No" to a second helping. My body seems to be going through a cleanse. I guess this is a benefit,  too.  -- John Fisher

SRQ was developed by scientists at the Institute of Applied Biochemistry in Japan. It works by targeting the power house of the cell, the energy center of the body, the mitochondria.  When the mitochondria run better, the rest of the body runs better too, says the video.

For more information about Zennoa SRQ, click here.
Posted by John Fisher at 9:04 PM No comments: