As a people we've come a long way from the time when Bill Donovan wasn't appointed Attorney General of the United States because he was Catholic. Hoover at first promised and then denied the appointment when the Ku Klux Klan and other supporters pressured him to change his mind. Although religion and color no longer stand in the way of someone's appointment or election to high positions in the country, politics appears to be as dirty and corrupt today as it was in Donovan's day. Today the door is still closed to anyone who is not an insider.

This book is well worth listening to or reading. Bill Donovan was a real American hero, having risen from poverty to be one of the most respected men in the nation. He was a World War I hero and Medal of Honor winner who, because of his knowledge and understanding of countries and their leaders, was appointed by President Roosevelt to lead the nation's first spy agency during World War II. 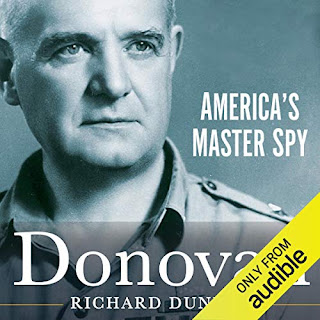