Americans spent more than $2.4 billion on diet programs and another $14 billion on weight loss supplements last year yet are more obese now than ever before, leaving the ‘BMI challenged’ despondent and defeated. Many believe that the super sizing of America’s diet is the culprit and point to a generation of slovenly, lazy over eaters that are placing this nation’s overall health at risk. A new study out of Stanford shows that American's diets have remained unchanged over the past decades and that the rise in obesity has been caused by changing activity levels.

The study, published in the American Journal of Medicine, documents a precipitous decline in physical activity over the past decades and an increase in BMI (Body Mass Index) levels set against a caloric intake that has remained virtually unchanged.

Wait. Americans are consuming the same amount of calories as twenty years ago but are still becoming more obese? Why?  The answer is as straightforward as it is alarming.

American women reporting no physical activity in their daily lives (according to the National Health and Nutrition Examination Survey –NHANES) leapt from 19.1% in 1994 to 51.7% in 2010. Men did not far much better increasing from a baseline of 11.4% to 43.5% in the same time period. The most dramatic increase in BMI was found among women aged 18-39.

Alarmingly the increase in abdominal obesity (a greater indicator of mortality risk than BMI) averaged an increase .37% and .27% annually over the study period for women and men respectfully.

The study authors Uri Ladabaum, Ajitha Mannalithara, Parvathi Myer and Gurkipai Singh stressed that none of these dramatic increases could be attributed to dietary changes in America and that the dramatic drop in physical activity levels was the single largest factor in the increase in obesity levels.

“We have experienced a fundamental shift since the 1980’s with the advent of computers and increased sedentary leisure activities (e.g. television, gaming). Simultaneously we have cut funding in our schools for sports and exercise classes, closed state and local parks, and changed the workplace into a totally sedentary environment. The increasingly poor health of Americans is not due to a lack of will power or resolve it’s fault lies squarely on a fundamental shift in our lifestyles towards sedentary environments and shifts in policy. These must be changed quickly to lessen the grip that obesity related diseases now holds over our nation’s health,” stated Steve Bordley, CEO of TrekDesk Treadmill Desk. 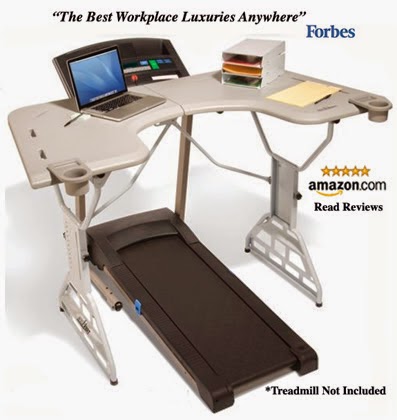 
--New book will change everything you know about losing weight

We are bombarded on a daily basis by the latest diet trends, workout plans, and wonder drugs that promise to take us down to the ideal weight that we long to be at. But as quickly as we take on these new ideas, we then give them up, either because they are not working or simply aren't realistic to sustain over a long period of time. So here we are again, exasperated, frustrated, asking the question, "how do we lose the weight and keep it off for good?"

Enter: Diet Enlightenment: The Real Secret to Weight Loss by Rachel L. Pires. Like so many others, Pires was once obsessed with losing weight, yo-yo dieting, and constantly fluctuating her weight. It was when she reached the point of "diet enlightenment" that she finally realized the solution to maintaining her desired weight.

"After struggling with weight loss for over ten years, I figured out the key to easy weight loss and realized why the majority of people fail," Pires said. "I also made some insightful observations about 'naturally thin people' and realized that they were all doing something that most dieters lacked. Not only did I lose the weight easily, but keeping it off was almost effortless — even after having a baby recently. I knew I had to share this knowledge with anyone who has ever struggled with weight loss."

What Diet Enlightenment is not is a book that offers the latest diet fad. Instead, it offers a modern approach to keeping track of the calories one intakes, equipping readers with techniques that are easily adaptable. Thus far, those who have adapted Pires' program — including her father, a Neuropsychologist at Weill-Cornell Medical College — have been able to lose and maintain their desired weight with ease.

"My aim is to reveal the secrets that the multibillion-dollar dieting industry doesn't want you to know, and teach you how to lose weight easily and permanently without giving up your favorite foods," adds Pires. "You will learn how to tap into your natural ability to stay thin and free yourself from the bondage of emotional eating."

Rachel L. Pires, a Boston University graduate, is a contributing writer for LIVESTRONG.com Weight Loss Blogs, a weight loss advisor, and a new mom. Additionally, she is a dancer, a 2nd degree black belt, and an advanced certified scuba diver.
Website: http://www.dietenlightenment.com
Diet Enlightenment: The Real Secret to Weight Loss can be purchased from www.amazon.com, www.barnesandnoble.com and through all major booksellers

Roast Beef, Arugula and Shaved Parmesan on a Baguette Crusty bread, peppery arugula and fresh shaved Parmesan cheese makes an everyday cold cut like roast beef taste like a gourmet sandwich. Perfect for lunch on the go, pack along some veggies and fruit on the side and you have yourself a meal.

When I make a sandwich, I like using good crusty bread like a baguette or French bread, which is a perfect fat free bread option. A trick I like to do when I make a sandwich is to scoop out some of the inside of the bread, which allows me to make a larger sandwich, and it leaves room for the meat and lettuce. I personally enjoyed most  of my sandwiches dry but if you prefer adding mayo or dressing, you'll have to adjust the points. I bet horseradish mayo would be lovely on this!

I've been getting lots of emails from working folks who need help preparing quick and easy lunches on the go that don't require heating up the kitchen. I am dedicating the rest of the week to healthy sandwiches. If you have a sandwich you would like to share with everyone feel free to comment and maybe I'll post your recipe!

--Rachel
Posted by John Fisher at 2:34 PM No comments: