Protect against nuclear radiation fallout : Get rid of heavy metals and toxins 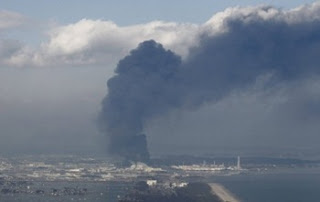 Many people are concerned about the impending failure of the Japanese reactors. Some are earnestly seeking information about what they can do to protect themselves and their family when eventually fallout spreads around the globe.

After listening to a doctor's conference call Wednesday night, I now feel compelled to let people know that there is an answer to this lurking problem. It is one that will help in addressing other existing health issues as well.

What we heard confirmed the research I have been gathering this week that I'll share with you, in part. On the call (link below) you will hear what we can do to protect our body before and after nuclear fallout clouds spread across earth.

Many are recommending Potassium Iodide (KI) tablets.  KI can be toxic and should not be taken for longer than 10-14 days. Several doctors who were interviewed on main stream media this week, expressed cautions and advised against KI due to this risk of toxicity.

Clinoptilolite was used to clean up Chernobyl.  It was put into the reactor itself in the sand and cement, spread on the ground in areas surrounding the plant and entire regions to capture the radioactive particles like C137 that fell to the earth and endangered food supplies.  They even put it in cookies made especially for children.

Here is a link to a study from 1959 which discusses the efficacy of clinoptilolite and C137. It's a short, very interesting read. http://ir.library.oregonstate.edu/xmlui/bitstream/handle/1957/2625/vol24_no12_ocr.pdf?sequence=1

The KI option did not look very positive to me due to is limited time-use and mostly because KI does not address the Cesium131 and C137, Strontium-90, Uranium 235 and U233, and Plutonium that in nuclear reactors and fallout.

There is Good News.  These early clinoptilolite studies were discovered by Rik Diestch of Nutrapharma who then developed a new liquid product composed of cleaned and activated, micronized clinoplilolite; particles so small that they can circulate through the blood even past the blood-brain barrier. They capture heavy metals such as lead and mercury, as well as toxins such as benzene, arsenic, etc., that we are exposed to daily. Studies show it captures ALL types radioactive isotopes. These heavy metals and toxins are flushed out through urine.  See the attachment for the Nov 2009 published study.

A problem Rik and his team discovered early on is that all mined clinoptilolite is "dirty".  In nature, its "cages", in large part, are already filled with the very toxins we want to get rid of in the body. For example scientists also found diesel in it's cages--from tools used in the mining process itself!  A cleaning and activation process was developed so the "cages" are completely empty, so to speak, thus are readily able to accept more. One drop can capture 60,000 times its weight in radioactive particles, heavy metals, and toxins.

Natural Cellular Defense or NCD was made available exclusively to Waiora in 2005 by Rik Diestch. Isn't it interesting that it took this long (1959 to 2005) for someone to discover the properties of the mined mineral and then, do something with it-- that can be of help to people and animals?  I consider it a gift given to us to use in this particular time in which we live.

Heavy metals, etc.are the source of most (Dr Rashid A. Buttar believes all ) of the health issues in the world.  Rid the body of heavy metals and the body can function the way God intended--to heal itself.

In your life, have you ever been exposed to heavy metals or toxins?  Probably.  A very recent study from the National Institute of Health showed that infants are born with over 173 toxins and heavy metals. There are hundreds of stories of people and animals, who have seen real results with NCD.  Studies show that NCD can also capture parts of viruses, which means the virus cannot replicate.
Read a few A-Z stories at: www.testimonyinfo.com

NCD is on the FDA G.R.A.S. list (Generally Regarded As Safe). It is so safe, even newborn babies can use it. We even gave it to my newest one week old grand daughter last month!!

I guess people need to know that there is a much better option.

Are you concerned about radiation and heavy metal overload?

Research only: www.ncdsupport.com
See over 375 stories : www.testimonyinfo.com
Photo source: http://news.flightsandairfares.co.uk
Posted by John Fisher at 9:58 AM No comments: 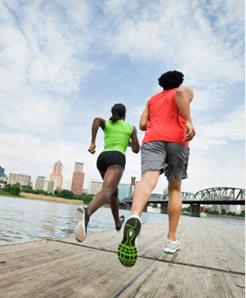 In today’s time-starved world, a good night’s sleep can seem like a frill. It’s not. In fact, sleep is one of the most critical—and most overlooked—components of health and well-being.  You’ve probably spent enough sleepless nights to know that lack of sleep can lead to irritability, mental fuzziness and decreased productivity. What you may not know is that chronic sleep deprivation is linked to obesity, diabetes, heart disease, inflammation, and now cancer.
In an alarming new study, researchers at Case Western found that people who averaged fewer than six hours of sleep a night were 50% more likely to develop colorectal adenomas, the precursors to colon cancer. That’s an increase in risk comparable to having a parent or sibling with colon cancer, or eating too much red meat.
Too little sleep, defined as less than seven hours a night, can cause anxiety, moodiness, depression and alcohol abuse. It can increase the inflammatory activators that raise the risk of cardiovascular disease, and disturb appetite regulation by causing your body to secrete less leptin, a hormone that tells you to stop eating.
So how can you get on track? Here are some tips I give my patients:
Sleep is one of the most important gifts you can give yourself. When your body is restored and replenished, it can work the way nature intended it to, making you happier, healthier and better prepared to face whatever comes your way.
Dr. Wayne Scott Andersen is the author of Dr.A’s Habits of Health – The Path to Permanent Weight Control and Optimal Health. His website and blog can be viewed at http://www.drwayneandersen.com/.
Dr. Andersen has been seen recently on Fox and Friends, Good Morning America’s Health and ABC’s, Talk of the Town in DC discussing his approach which allows for individuality and long-term sustainability of personal target weights and health goals.  He is the co-founder of Take Shape for Life and Executive Director of the Health Institute, training and certification organization in the emerging field of health coaching. He also serves as a reviewer for Critical Care Medicine Journal in the area of nutrition. He has been a keynote speaker and presenter at medical and nutrition conferences across the United States and has been featured on numerous affiliate-based morning shows across the United States.

Posted by John Fisher at 9:14 PM No comments: