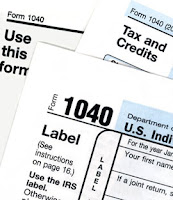 Here are 13 legitimate tax deductions that you can use to reduce your tax liability suggested by Don Pendleton, asset protection expert.


1. Make charitable donations to a organization ro cause that you have a commitment to.

2. Buy an automobile.  You can borrow money to buy the autombile.  The deuction in 2011 is $3000 for a small vehicle. A vehcile over 6000 pounds can be bought under section 179 and has greater deductions.

3. Use up flexible spending accounts like health savings accounts.

4. Purchase equipment for your business.

5. Deduct gambling losses from winnings.  Gains are offset by losses.

6. Buy business assets like toner, supplies to reduce any income.

8. Hire family members a reasonable salary to do work for the corporation. If they are on your board of directors, you can pay for them to come to a board meeting.

10. Pay mortgage early so January and February mortgage is deductible in December.

Posted by John Fisher at 8:54 PM No comments:

If you’ve ever wondered about the benefits of yoga you need to look no further than astoundingly fit 91-year-young Bernice Bates. Bernie – as her students call her - has taught yoga for 50 years and continues to do so even today in her retirement community making her the Guinness World Records certified Oldest Yoga Instructor in the world. Amazingly, Bernie is nearly as flexible as she was in her 40’s and has absolutely no medical issues. 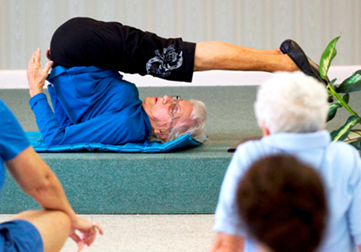 Her record was announced on Guinness World Records Day, which resulted in over 300,000 people participating in record breaking events around the world!
Posted by John Fisher at 10:41 AM No comments:

A whole foods approach to eating

BOSTON—Debate about what constitutes a heart-healthy diet has been simplified, thanks to three nutrition experts whose advice is summarized in the November 2011 issue of the Harvard Heart Letter. The focus is on foods you should eat, not nutrients you shouldn't.
"For most people, getting more of what's missing will have a larger benefit than limiting certain nutrients," says Dr. Dariush Mozaffarian, a cardiologist at Harvard-affiliated Brigham and Women's Hospital and associate professor at the Harvard School of Public Health.
The "shoulds," according to Dr. Mozaffarian and the two other nutrition experts, include the following:
A handy table in this month's Heart Letter specifies how much a serving of each food type really is and gives specific grocery-store examples. 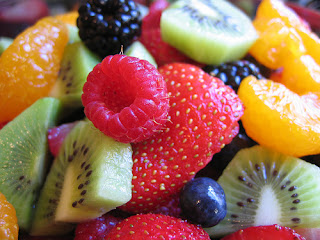 On the no-eat list is any food containing partially hydrogenated vegetable oil. The eat-less-of list consists of processed meats, sugary beverages, sweets, and baked goods made with refined grains.
Another useful tip: you can distinguish between healthy and not-so-healthy carbohydrates, most people's major source of calories, by dividing the grams of carbohydrates per serving by the grams of fiber. An answer less than 10 is good for bread or pastry; aim for less than 5 for cereals.
Read the full-length article: "Latest thinking on a "cardioprotective" diet"
Also in this issue:
The Harvard Heart Letter is available from Harvard Health Publications, the publishing division of Harvard Medical School, for $29 per year. Subscribe at http://www.health.harvard.edu/newsletters/Harvard_Heart_Letter?utm_source=heart&utm_medium=pressrelease&utm_campaign=heart1111 or by calling 877-649-9457 (toll-free). 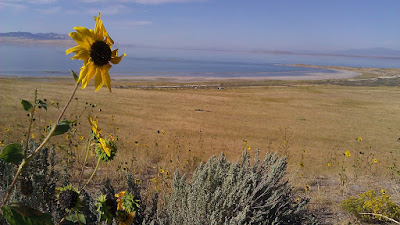 Antelope Island is a great location to see Utah's Salt Lake and to get
your feet wet. Bring your swim suit and water shoes or flip flops.
You'll be able to lie down in the water and feel how it buoys you up.
Also, on the island are various forms of wildlife and plantlife.
Buffalo roam the meadows. Exit 332 west on I-15 highway in Utah.
Posted by John Fisher at 11:00 AM No comments: 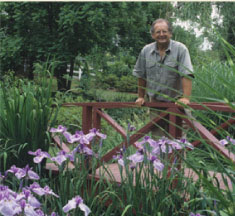 According to Derek Fell (2010, p. 84), the very best protection against the spread of diseases among plants, or against a disease reappearing in the next season, is to thoroughly clean up the garden in fall and winter.  After the first fall frost put dead stems in the compost pile or burn them. Many disease organisms will overwinter in leaf litter.  Turn over the soil and put down a thick layer of compost so beneficial bacteria can feed on diseased colonies.

In the wake of dropping meningitis rates in the U.S., the Centers for Disease Control and Prevention (CDC)  and its Advisory Committee on Immunization Practices (ACIP) appear to be reconsidering their cost-effectiveness analysis of meningitis vaccines. The CDC historically never has chosen to not recommend a vaccine for children that has been approved by the FDA. In this case ACIP seems to be hesitating to recommend the vaccine because of cost.

The CDC in its 2010 Recommended Immunization Schedule suggests 38 doses of vaccine before a child reaches 18 months. According to Dr. Mayer Eisenstein, the schedule is so crowded that doctors sometimes give babies up to eight vaccines at once.
Make an Informed Vaccine Decision for the Health of Your Child, a parent's guide Mayer Eisenstein, MD, is available at Amazon.
Posted by John Fisher at 12:37 PM No comments: 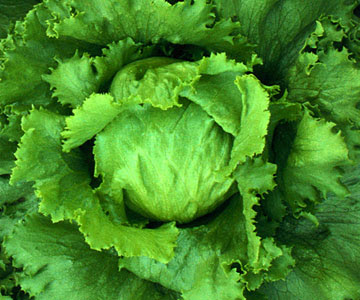 Are Women Being Penalized At Work For Being Overweight?

A New Study Says YES! "Packing a few extra pounds can hurt a woman's salary and even her ability to get a job, mounting research shows. Yet while women tend to get penalized by the pound, men don't, and perhaps they even gain from girth," writes MSNBC reporters about a study published in the March issue of Elsevier's Economics and Human Biology journal.

•    Why are women punished for being overweight but men practically rewarded for it? 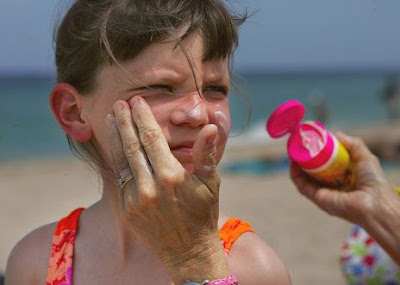 YONKERS, NY —  In tests of 22 sprays, creams and lotions, Consumer Reports Health identifies nine products that provide excellent protection against the UVB rays that cause sunburn and very good protection against UVA rays, even after immersion in water.

Consumer Reports Health identifies three "CR Best Buys:"  Up Sport SPF 30 (Target), No-Ad with Aloe and Vitamin E SPF 45, and Equate Baby SPF 50.   Up is a spray while the other two products are lotions.   On UVB protection, all three products provide "Excellent" protection, while providing "Very Good" protection against UVA radiation, which penetrates deeper than UVB, and can cause tanning and aging the skin.   But consumers shouldn't rely on sunscreen alone, notes the report.  "Sunscreens can be very effective but you should combine them with other good options for protecting your skin such as broad-brimmed hats, tightly woven clothing, and umbrellas.  You can be creative—consider bringing a small tent to the beach for your kids to crawl into," said Jamie Hirsh, senior associate editor, Consumer Reports Health.

Almost every sunscreen tested by Consumer Reports Health contains some ingredients associated with adverse health effects in animal studies. Oxybenzone and other endocrine disruptors may interfere with hormones in the body, and nanoscale zinc oxide and titanium oxide are linked to problems such as potential reproductive and developmental effects.  Retinyl palmitate (listed among inactive ingredients), a type of topical vitamin A, is an antioxidant that animal studies have linked to increased risk of skin cancers.  In skin, it converts readily to retinoids, which have been associated with a risk of birth defects in people using acne medications that contain them.  As a precaution, pregnant women may want to avoid sunscreens with retinyl palmitate.  Some examples of top performing sunscreens that do not contain retinyl palmitate include Up & Up Sport SPF 30 and Equate Baby SPF 50.   More research is needed, but as of now, the proven benefits of sunscreen outweigh any potential risks.

Consumer Reports Health also details the smell and feel of each of the 22 sunscreens.      Many sunscreens have a floral and/or citrus scent.  Some feel draggy, meaning that the skin "pulled" when a panelist rubbed a hand across an arm.  Some even made testers want to wash them off after applying them.  "Sunscreen needs to be applied generously to protect exposed areas of your body, so you want to know how it's going to feel and what it will smell like.   If you want to smell like coconut, that's your prerogative, or you can go for the classic citrus scent, available in many top performing brands," said Hirsh.   The report also notes that all of the more effective sunscreens tended to stain cloth.

Now doctors at the University of Michigan Health System have developed a new tool that may help family physicians better evaluate the extent to which a patient's depression has improved.

The issue, the researchers explain, is that the official definition of when a patient's symptoms are in remission doesn't always match up with what doctors see in a real-world practice, especially for patients with mild to moderate symptoms. The study will be published in the upcoming May/June issue of General Hospital Psychiatry.

“Rather than simply going down a list and checking off a patient’s lack of individual symptoms, we believe there are also positive signs that are important – a patient’s feeling that they are returning to ‘normal,’ their sense of well-being, their satisfaction with life and their ability to cope with life’s ups and downs,” says lead author Donald E. Nease Jr., M.D., who was an associate professor of family medicine at the U-M Medical School and member of the U-M Depression Center at the time of the research.
Nease and his colleagues developed a series of five questions – such as, “Over the last two weeks, did you feel in control of your emotions?” – that they hope will help doctors better understand a patient’s inner landscape.

Read the full release at:
http://www.uofmhealth.org/News/remit-familymedicine-0500