This is the first human study to be conducted comparing the effects of modern wheat verses KAMUT® Brand khorasan wheat on people suffering from a chronic health problem. This follows a study comparing the effects of diets of ancient and modern wheat on healthy human subjects published a year ago.  By studying markers in the blood, that study showed that a diet of KAMUT® brand ancient grain products increased anti-inflammatory and antioxidant activity in the body in comparison to a diet of modern wheat.

Irritable Bowel Syndrome (IBS) was chosen for this study because in industrialized nations, up to 20% of the population is thought to suffer from this disorder at some level. Sometimes when people are diagnosed with IBS, they are encouraged to remove wheat from their diet in order not to aggravate the condition and the painful symptoms. The results of the current study were so dramatic and clear cut that they even surprised the researchers involved. The conclusion of this latest study is that IBS symptoms were shown to significantly decrease with the consumption of KAMUT® khorsasan wheat by every single person in the study compared to the their experience with modern wheat, which produced no significant difference in their symptoms.

“We’re pleased to see the first human study of chronically ill people conclude with results that are consistent with the previously conducted studies with healthy people comparing KAMUT® khorasan wheat to modern wheat”, commented Bob Quinn, Ph.D., Organic Farmer and Founder of Kamut International. “It is a significant step in helping us understand how different wheat functions in our bodies and how a shift in our diet can make such a positive impact on our health.”

Irritable Bowel Syndrome is a gastrointestinal disorder, which causes abdominal pain and discomfort, alters bowel habits and causes bloating from the intake of food items, mostly from wheat and dairy products. While conventional treatments are often ineffective, one of the most appealing forms of treatment in the future may be altering the patient’s diet, by adding more healthy and functional foods, such as KAMUT® khorasan ancient wheat and eliminating modern wheat from the diet.

In this study, twenty participants with moderate IBS (thirteen females and seven males, aged 18-59 years) consumed wheat products such as bread, pasta, biscuits and crackers, made either from organic semi-whole grain modern durum or bread wheat or organic semi-whole grain ancient wheat, for six weeks. The participants were randomly divided into two groups. Neither group knew what they were eating. Each group was assigned to consume first either the ancient or modern wheat products and avoid eating any other wheat products during the testing period. Starting November 2012, participants in both groups consumed pasta, bread, crackers and biscuits for a period of six weeks. All participants then ate whatever they desired in a six week wash-out period between testing periods.

The second period of the study began in February 2013. Participants switched their diet from the type of wheat they had eaten during the fall to the other wheat in the study. Before starting the trial and at six, 12 and 18 weeks during the study, all subjects were examined and blood was drawn. The IBS symptoms in this study were evaluated using questionnaires. These were compiled before the study commenced and on a weekly basis during the intervention period. The questions described the participant’s IBS symptoms and how they changed over the course of the study.
The results were very consistent from subject to subject. To quote from the publication, “After consumption of ancient wheat products, patients experienced a significant global improvement in the extent and severity of symptoms related to IBS such as bloating, abdominal distention, abdominal pain and frequency, tiredness and satisfaction of stool consistency, with a consequent improvement in the quality of life. Conversely, no significant improvement was noted during the modern wheat intervention period.”
Inflammatory and biochemical parameters in the blood were also assessed during the study period. While there was no significant difference in biochemical parameters of those eating modern wheat, it’s worth noting that there was significant change in cytokine markers in the blood which indicate the level of inflammation in the bodies of those eating the ancient grain had significantly decreased.  This biochemical evidence demonstrates that the anti-inflammatory nature of the ancient grain and corresponds completely with the improvement in symptoms observed in those people who ate the ancient Kamut brand products.  These two consistent findings add a great deal of strength and validity to the conclusions of the study.
“For those who know what it means to suffer from IBS, the results of this study can be potentially life changing,” commented Quinn, “For many who have completely eliminated modern wheat in order to have some relief from their symptoms, this opens up an opportunity to enjoy wheat-based products again, by eating ancient KAMUT® wheat which is nutrient rich, anti-inflammatory and delicious.”
For additional information on KAMUT® Brand wheat, or to speak to Bob Quinn, Ph.D., Founder Kamut International, or correspond with the researchers of the study, please contact Leesa Raab, Leesa@ADinnyc.com, 212-693-2150 x314.
About KAMUT® Brand Khorasan Wheat
The mission of Kamut International is to promote organic agriculture and support organic farmers, to increase diversity of crops and diets, and to protect the heritage of a high quality, delicious ancient grain for the benefit of this and future generations. KAMUT® is a trademark of Kamut International which guarantees high quality standards that are verified by tests from every field.

Posted by John Fisher at 9:00 PM No comments: Links to this post

Los Angeles – March 4, 2014 – ORGANIC INDIA, leader in organic herbal wellness teas and functional supplements, announced today its verifications from Non-GMO Project, confirming integrity of its organic herbs and commitment to wellness for people and planet. This new certification will be celebrated at Expo West 2014 in booth #2016 on March 7, 2014 along with product samplings, a close-up look at adaptogenic herbs and a musical performance by the brand’s ambassadors Avasa & Matty Love. 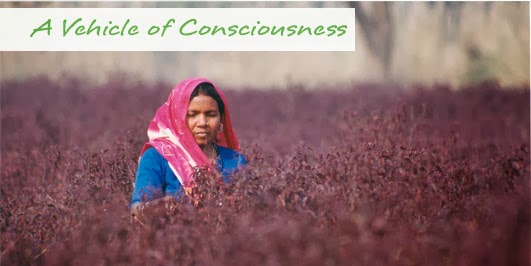 “Evolution is essential,” said Krishan Gupta, Global CEO, ORGANIC INDIA. “A higher standard of quality, purity and overall wellbeing has always been our ethos, and it’s wonderful to have our commitment to our farmers, our planet and our wellbeing verified by this elite organization. It’s an honor to be recognized, from our small farming villages in Northern India to the shelves at your local supermarket.”

A numerous amount of ORGANIC INDIA’s Tulsi-forward teas and herbal supplements (expect Ghee and Chyawanprash which are outside the scope of certification) have been certified as Non-GMO. This verification authenticates the integrity of ORGANIC INDIA seeds, herbs and products as natural, heritage strains. Non-GMO Project is a non-profit organization raising awareness about the dangers and unknowns of genetically modified foods and encouraging government to allow consumers to make informed decisions about purchasing GMO products.

Prior to receiving this official certification, ORGANIC INDIA followed strict self-imposed standards through its E.A.R.T.H. S.E.E.R. mission: promoting the wellbeing of planet and people by being Ethical, Accountable, Reliable, Trustworthy, Holistic, Socially, Environmentally and Economically Responsible. ORGANIC INDIA is currently in the process of certifying its entire product line with Fairtrade, Demeter Certified Biodynamic® by the end of the 2014. The Non-GMO Project logo will appear packaging shortly.

About ORGANIC INDIA:
ORGANIC INDIA offers over 50 premium, high potency herbal teas, supplements and personal products. Most products feature the key ingredient Tulsi (Holy Basil, “Queen of Herbs”), an adaptogen that supports the immune system, stress management and enhances the functional properties of other ingredients. Since 1999, ORGANIC INDIA has worked directly with thousands of marginalized family farmers in India, creating sustainable communities through fair-market agriculture, access to healthcare, education and gender equality and empowerment programs. ORGANIC INDIA products are certified organic and wildcrafted on over half a million acres of traditional and converted farmland throughout India. For more information on ORGANIC INDIA USA, or its 2,000 retailers, visit www.OrganicIndiaUSA.com or join the community at https://www.facebook.com/OrganicIndiaUSA?ref=ts

Posted by John Fisher at 8:52 PM No comments: Links to this post 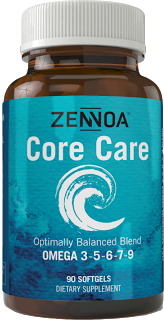